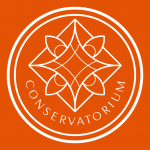 The city of Amsterdam, which was founded in 1275, is steeped in history. The city is currently witnessing an arts-led renaissance, which is driving a renewed hunger for tourism to Amsterdam, both domestically and internationally. The Conservatorium, with its rich history, is a component of this revitalization.
The Rijkspostspaarbank, constructed by Dutch architect Daniel Knuttel, triggered the rebirth of the Museum Quarter toward the end of the nineteenth century. The building site was acquired in 1897 for 120,310 florins (€54.600,-) and was quickly turned into a distinguishing landmark of the city’s architecture, boosted further by the horse trams that began linking the center of Amsterdam with the Van Baerlestraat.
The building was demolished in 1978 after the Rijkspostspaarbank had to relocate its operations due to a series of mergers. After five years of sitting unoccupied, it became the home of the newly founded Sweelinck Conservatorium, which consists of three musical institutes. Modernizing Daniel Knuttel’s design into efficient acoustic classrooms necessitated some remodeling. The Conservatorium of Amsterdam outgrown its previous building and relocated to Oosterdokseiland in April 2008. The Set Hotels bought this magnificent structure in 2008, drawn by its historic heritage. Award-winning Milan-based designer Piero Lissoni led the building of the hotel, whose rich historical history is woven with greatest care into its own fabric, with the intention of restoring its previous glory. The history of the Conservatorium has guaranteed that it is once again on the pulse of the city’s cultural and architectural heartbeat.
Welcome to Netherlands, Welcome to The Conservatorium Hotel